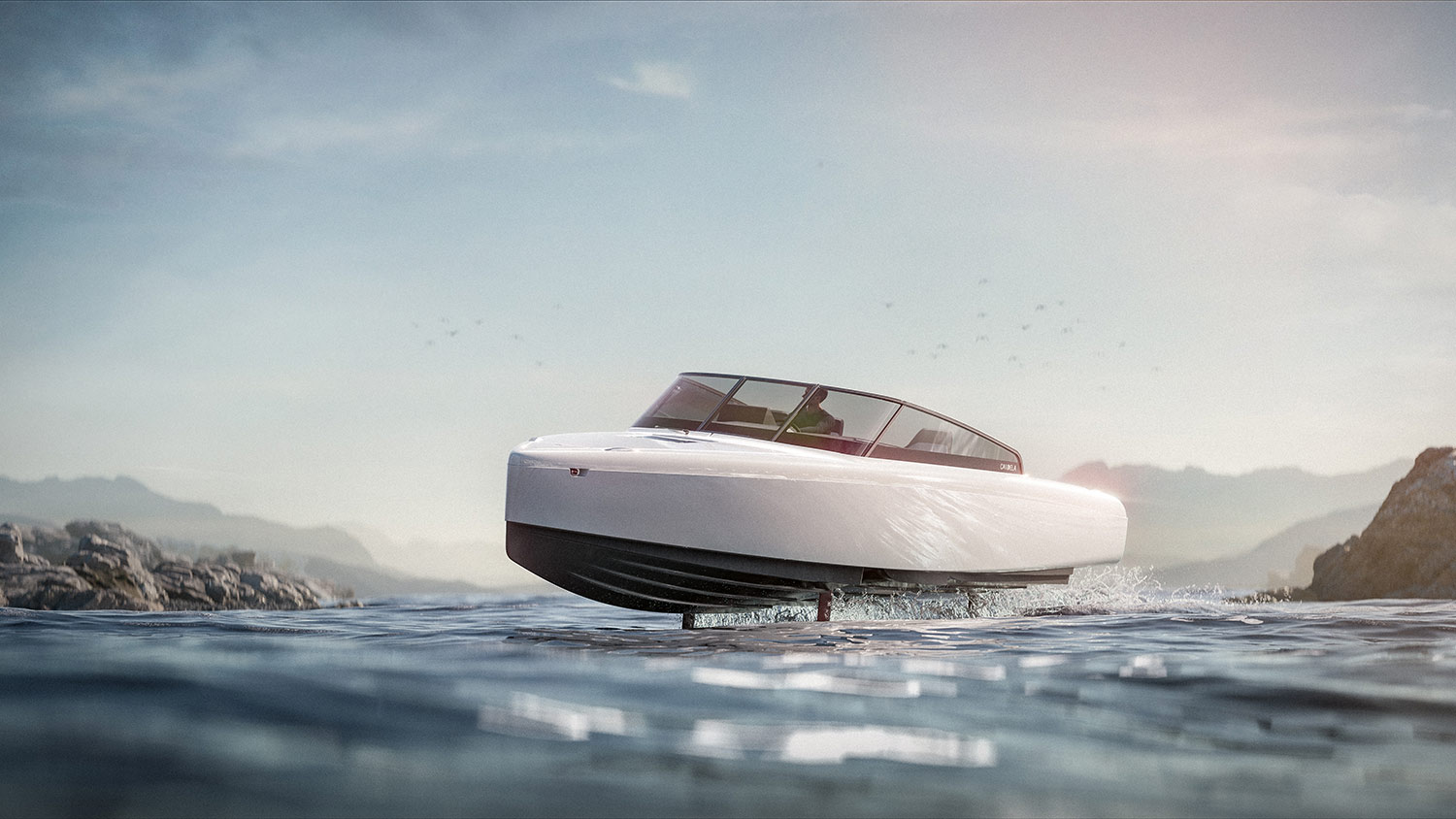 The ultra-efficient, foiling Candela C-8 is the first electric daycruiser that offers both long range and high speed. After selling more than 100 units in the US and Europe, Candela is now entering the French market thanks to an exclusive partnership with the leading recreational boat reseller Sud Plaisance. Candela C-8 will make its French debut at the prestigious Cannes Yachting Festival – with the aim to change boating for the better on the Côte d’Azur.

“We’re building an electric boat that doesn’t compete with ICE powerboats; it is vastly better. I believe that’s what’s needed to speed up the transition to sustainable boating”, says Candela’s CEO and founder Gustav Hasselskog.

From Saint-Tropez to Monaco, speedboats are an integral part of the culture on the French Riviera – but they also emit tons of C02. Conventional V-hull speed boats in the 8-metre size range use 15 times more fuel per kilometre than the average family car, and their motors are some of the least regulated combustion engines on the planet, spewing out particulate matters unrestrained by the catalytic converters and other exhaust control devices that since decades are mandatory on land vehicles. Other drawbacks of conventional motorboats are the high cost of refuelling, high noise, and for the seasick-prone, the constant slamming of waves at high speeds. All this is set to change for the better.

Enter Candela C-8, the world’s first foiling electric daycruiser, which is now coming to the French Riviera thanks to an exclusive partnership with Sud Plaisance, the foremost reseller of premium leisure craft. Hailed by Forbes as the Tesla of the Seas, the C-8 has been developed by the Swedish marine tech company Candela, and uses computer-guided hydrofoils to “fly” above the water’s surface. The foils make C-8 about 400% more efficient than conventional motorboats thanks to vastly reduced friction. At 20 knots, Candela C-8 uses only about 25 hp of power, which makes its lithium-ion battery last for over 2 hours of cruising, or about 50 nautical miles of range – more than two times the endurance of any other electric speedboat on the market.

The ground-breaking electric range allows Candela C-8 to cruise at high speeds from, for example, Cannes to Monaco and back, on one charge of its battery – a feat no other electric boat can accomplish. Being 95% less expensive to drive than conventional powerboats, the foiling C-8 also is totally silent and requires no maintenance of its Candela C-POD drive train.

And once foilborne, the C-8 has entirely new advantages over conventional vessels. When flying, the Candela’s onboard Flight controller computer automatically regulates the angle of attack of the hydrofoils 100 times per second to account for wind, waves, and different loads. The result is an automatically stable craft that doesn’t slam, roll or pitch in waves.

“Our goal with C-8 was not only to build the best electric boat but to make a vastly better boat than today’s powerboats. To do away with all the drawbacks and provide a far better experience. To partner with Sud Plaisance, the leading recreational boat reseller on the French coast, is an extremely good match”, says Gustav Hasselskog, Founder and CEO of Candela. Candela is betting big on the French market, where C-8’s will be displayed at Candela/Sud Plaisance showrooms in Cannes from autumn 2022. Sales contacts can be organised in Mandelieu la Napoule and as well as in the Golf Juan Marina. The French debut for C-8 will be at the Cannes Yachting Festival in September 2022, one of the most prestigious boat shows in the world.

“Candela is the boat I have been hoping to get for our customers for years: fast, elegant, and with the electric range necessary for our waters. Sud Plaisance is committed to deliver the most exquisite experience in harmony with our environment. The C-8 is now available for orders and we’re looking forward to displaying it at the Cannes Boat Show”, says Bruno Delahaye, Founder and CEO of Sud Plaisance.