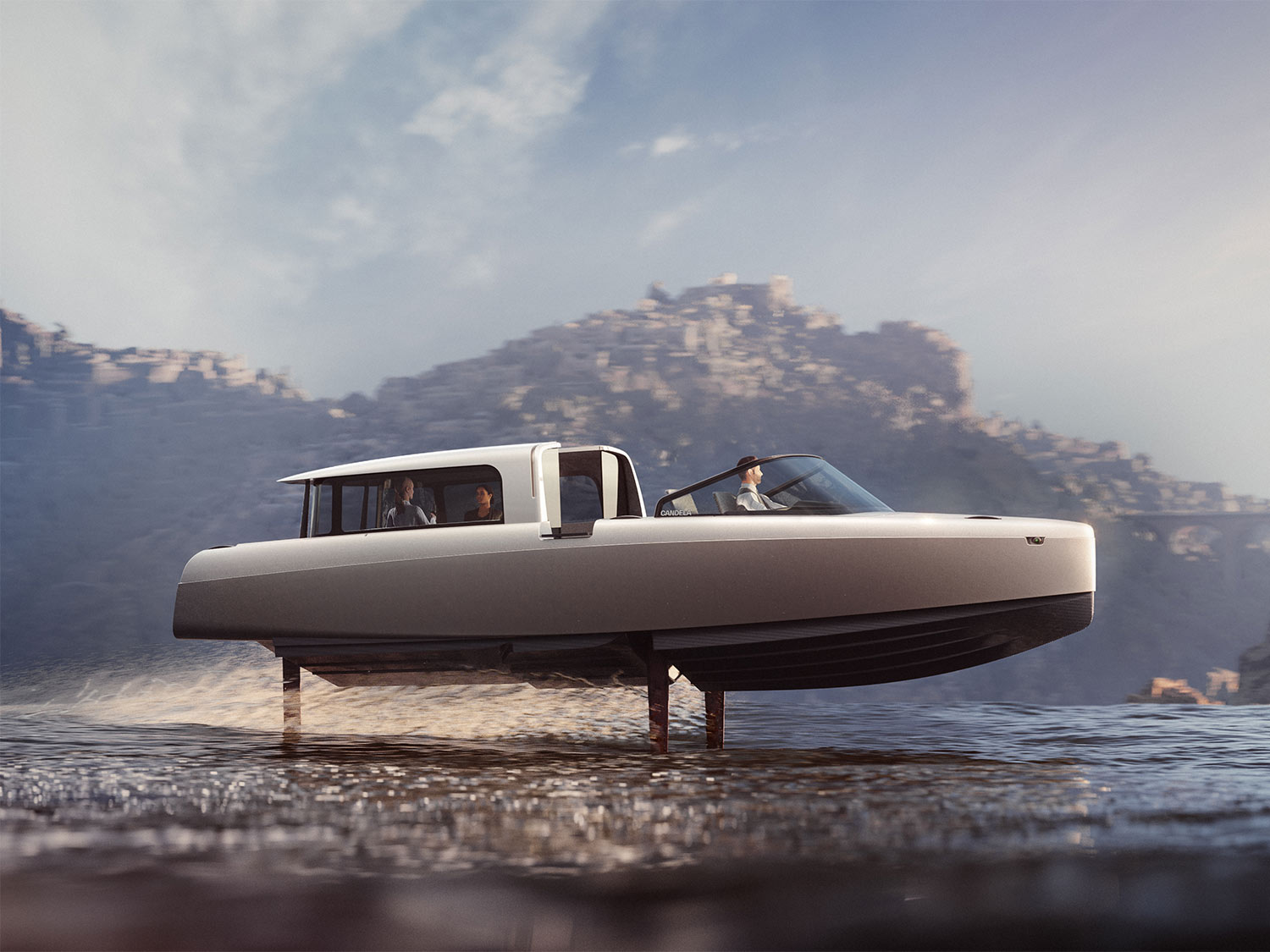 Gliding silently across the water, Candela’s P-8 Voyager barely leaves a trace on the water’s surface. This is the latest electric flying passenger boat with zero footprint.

The next generation of electric passenger boat flies above the water at high speeds. Unveiled in Venice, the new foiling Candela P-8 Voyager lets its passengers travel silently and comfortably through wake-sensitive areas or over delicate coral reefs, without leaving a trace.

Conventional speedboats – such as taxi boats or yacht tenders – have big combustion engines and use huge amounts of petrol. As their hulls displace water, waves are formed that erode shorelines and damage coral reefs and other sensitive ecosystems. Other problems are oil spills, emissions, and sound pollution. According to reports on the Great Barrier Reef, the noise from boat engines can even cause fish to die prematurely from stress.

Even as the adverse effects of motorboats are well known, there has been no sustainable alternative – that is, up until now.

The Candela P-8 Voyager’s hydrodynamically shaped foils form a tiny 5cm high wake that is hardly noticeable by marine creatures and doesn’t cause erosion to beaches or coral reefs. Yet, with its Candela C-POD motor at full rev, it tops out at 30 knots and has a range of 50 nautical miles at cruise speed – going faster and further than any other electric boat. And it doesn’t have to slow down for waves either: four-foot swells will hardly be noticeable for passengers enjoying the scenery from their airconditioned panorama cabin.