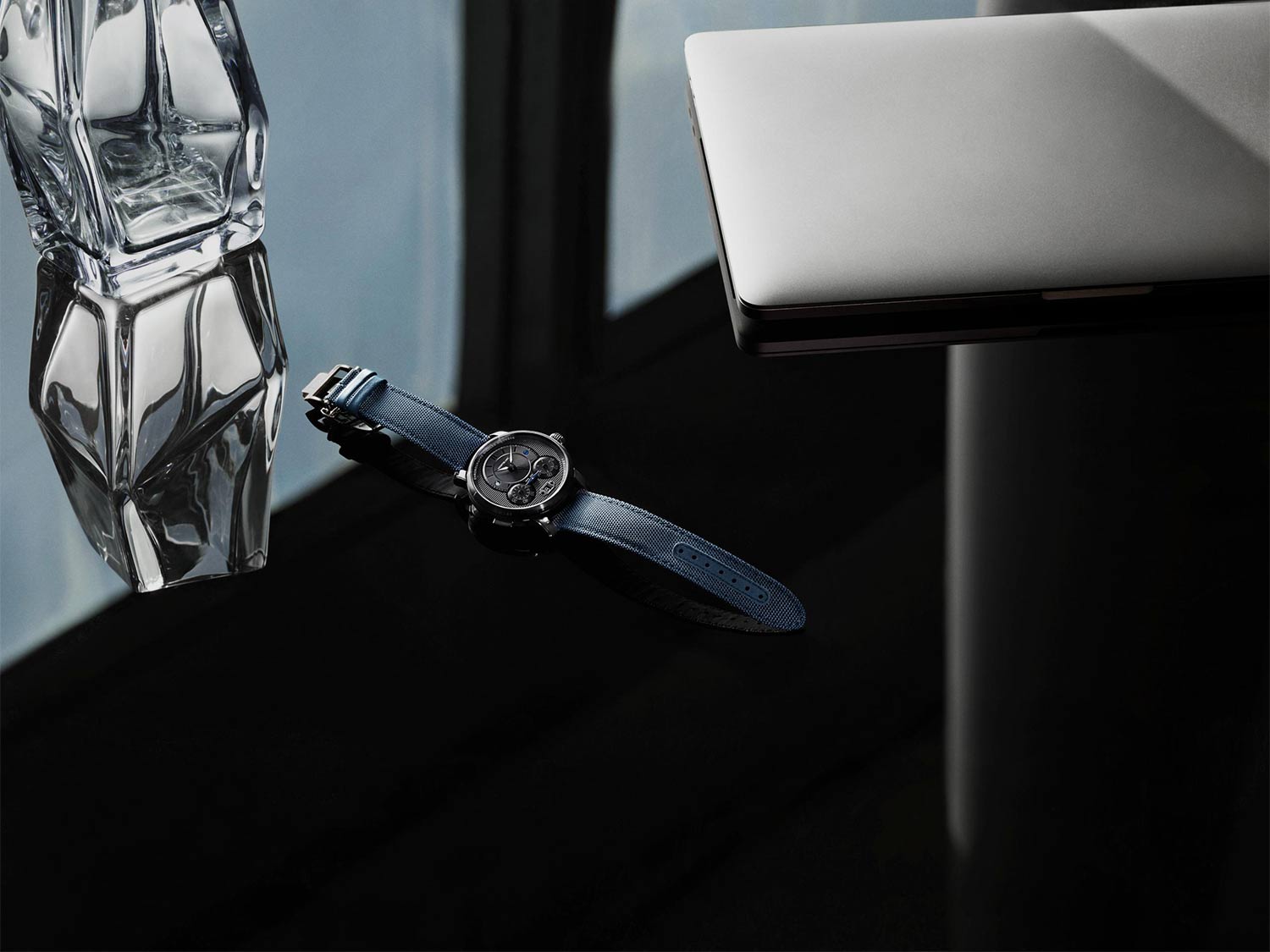 From the fields of Paris’s Champ-de-Mars horse racing track to the wrist, Montblanc continues to reinvent its Star Legacy Nicolas Rieussec Monopusher Chronograph.

The story started on September 1, 1821 at Paris’s famous Champs-de-Mars horse racing track where Nicolas Rieussec was testing one of his latest inventions, a timekeeper designed to record the precise times of all the horses as they crossed the finish line.

Nicolas Rieussec (1781-1866) was not only the sixth royal watchmaker to the King of France; he also had an eye for opportunity. Horse races in Paris at this time were big business and being able to scientifically record the winners would be a game-changer for the sport.

How did Nicolas Rieussec’s Device Work?

Nicolas Rieussec’s device worked using a fixed nib that would place a drop of ink on two rotating counters (one for the minutes, the other for the seconds) each time a horse crossed the finish line. His invention was a success and a few weeks later, he presented it to the Academy of Science in Paris, whose members were fascinated by the timing device and named it a “chronograph” taken from the Greek word chronos for time and graphein to write.  The word chronograph was born and Nicolas Rieussec became the inventor of the world’s first inking chronograph, marking the history of fine watchmaking.

Fast forward to the modern day and the year 2007, Montblanc unveiled an intriguing wristwatch version of Nicolas Rieussec’s technology, featuring its first in-house movement. The configuration of Rieussec’s design was interpreted with two horizontally aligned chronograph counters, one for elapsed 60 seconds and the other indicating 30 minutes. Instead of each counter being static with its own rotating hand, the counters were the ones to turn and a single index marker placed between the two counters indicated the elapsed time.

Over the years, Montblanc has presented an array of different iterations of the design with different materials, finishings and colours. This year, this classic timepiece has been given a new contemporary look with several details that reinforces the historical Paris connection, where the story first began, and take the model firmly into the future.

Montblanc is unveiling two new fresh and unexpected interpretations of this timepiece – one in stainless steel, and the other in DLC-coated stainless steel (limited to 500 pieces). Both come in a new ergonomic pebble-shaped case measuring 43mm in diameter (the previous size was 44.8 mm) with blue details that recall the colour of ink ­– as a nod to the original device – and an onion-shaped crown.

There are a number of elements that celebrate The City of Light. Firstly, there is a graphic Clous de Paris motif on the dial (replacing the previous Grain d’Orge design) a traditional design that originates from the geometric design of Paris’s cobbled streets. The motif, not uncommon in fine watchmaking, is continued onto the textile strap and the oscillating weight, which is quite unusual and enhances the contemporary aesthetic of the timepiece.

Other modern details include open-worked indexes; dynamic dauphine hands with Super-LumiNovaÒ; dark grey baton indexes, new typography on the chronograph counters; a black, semi-transparent sapphire crystal on the case back; blued screws on the dial and movement, and strong colour contrasts between the anthracite grey and electric blue. Completing the Paris connection, a mention of the “Academy of Sciences, Paris” is engraved on the flange, as a reminder that the academy validated Rieussec’s invention in 1821. The name “Chronographe Nicolas Rieussec” is also engraved at 12 o’clock.

The Montblanc Star Legacy Chronograph Nicolas Rieussec is powered by the self-winding Manufacture mono-pusher chronograph movement MB R200 that was the very first in-house movement by the Maison. Everything in the movement has been designed to reach a high level of technical efficiency and aesthetics.

As someone would expect from a Manufacture Chronograph, it is equipped with a column wheel that controls the mono-pusher mechanism. To improve the chronograph’s start, the connection between the gear train and the chronograph’s wheels is alternately engaged and disengaged by a vertical disc clutch and functions without any wear and tear. This mechanism prevents the elapsed time discs from jumping when the chronograph is switched on. The timepiece features a mono-pusher, which is ergonomically positioned at 8 o’clock, where the wearer’s thumb can conveniently operate it.

Additionally, a rapid-reset mechanism for the hour and date is very practical for travellers who journey from one time zone to another. These indicators can be reset either clockwise or counter-clockwise without affecting the position of the minute hand.

The rate is regulated by a large 10-mm-diameter balance wheel with screws, which oscillates regularly thanks to its high moment of inertia (12 mgcm²) and its frequency of 28,800 A/h (4 Hz). The stable rate is further enhanced by the double barrel, providing approximately 72 hours of power reserve. Furthermore, the balance bridge is open worked, ensuring the precise positioning of the oscillator for optimal shock resistance.

The new Montblanc Star Legacy Nicolas Rieussec Chronographs pay homage to Rieussec’s invention and the city of its birth. Numerous new design elements take this timepiece firmly into the future of fine watchmaking for further generations of watch lovers to enjoy.